Apart from regular lists, Pyrus offers another handy way to organize your tasks. It’s called a kanban board.

Kanban is a planning system that originated in the late 1940s from a Japanese Toyota factory, helping the company achieve lean, just-in-time production. They marked car parts with cards indicating how many parts needed to be installed and how many needed to be ordered from the warehouse to replenish the supply. This helped avoid overstocking and ensured that the parts were delivered to the factory floor in time.

Modern day kanban also uses cards for efficient planning. But instead of car parts, you put them on a physical or virtual board with columns that represent different production stages.

The columns are positioned left to right, from stage one, like “To do,” to the final stage, like “Done.” The last column is used to take stock of what’s been completed.

Let’s say you’re working on a marketing campaign and you’ve created a separate list for campaign-related tasks. As the number of tasks grows, it may be harder to find the tasks you need. Make several kanban columns inside this list, like “To do,” “Doing,” and “Done,” then distribute your tasks between them. 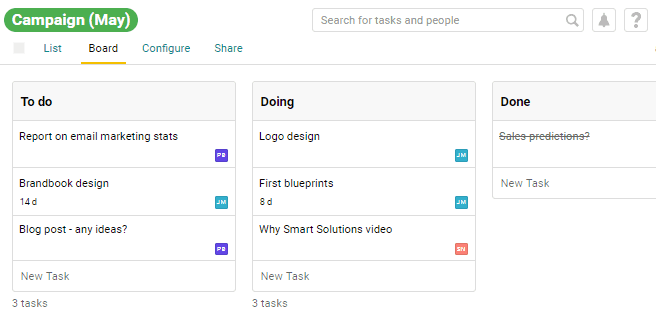 This is how you turn a regular list of tasks into a structured plan. Once you’ve started working on a task from the “To do” column, drag it to “Doing.” When it’s finished, drag it to “Done.” This will help you gain a better understanding of how the project is coming along. 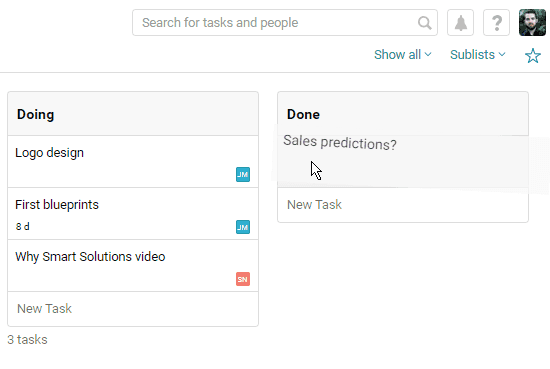 To create a kanban column or sublist, go to the list you want to simplify and open the Board tab. 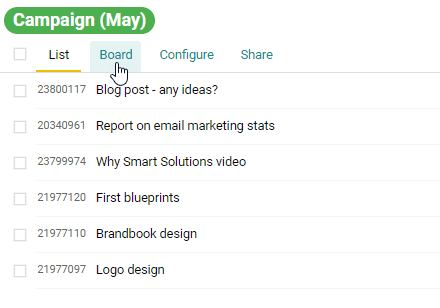 By default, the board contains a single column called “Pile.” You can rename it by clicking on its current name. In our example, it’s a “To do” column. To create another column, click on Add sublist and add a name, like “Doing.” Finally, create a “Done” column. 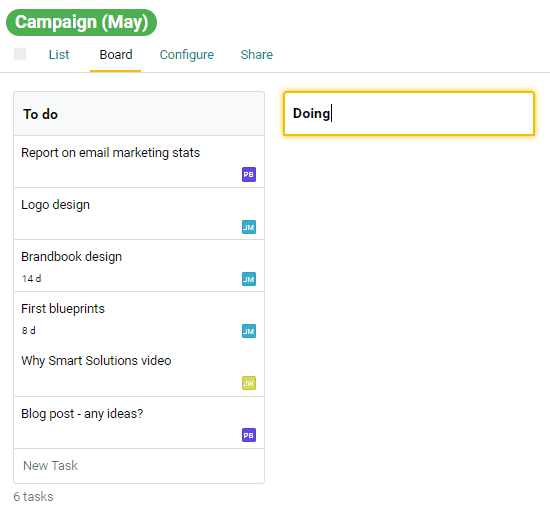 Now you can move the tasks you’ve begun to the “Doing” column.

If a new campaign-related task comes up, add it to the list and it will automatically end up in the first column of your board. In our example, this list is “Campaign (May).”

If you need to create a new campaign task, you can do so straight from the board. Click on New Task and a regular Pyrus New Task window will open. 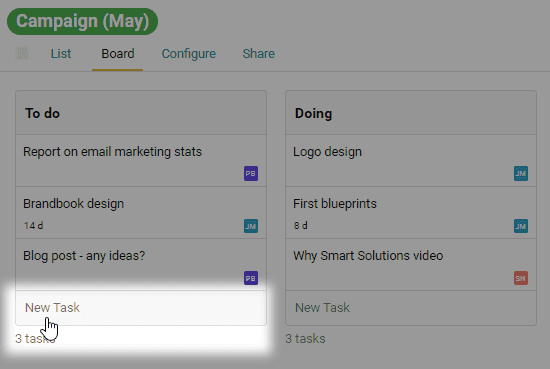 You can drag and drop to change the position of the columns.

To delete a column, hit the trash can icon. 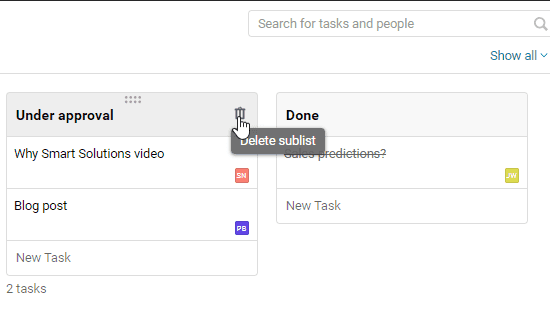 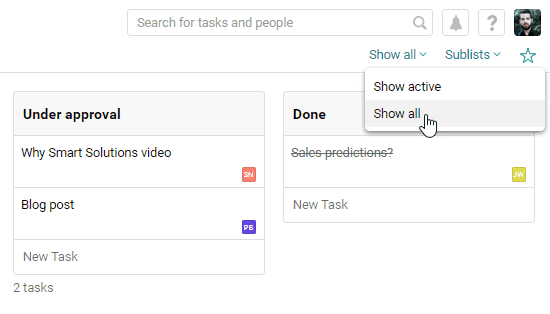 If your columns don’t fit on one screen, click on Sublists and select the one you’re looking for. The board will shift to show you the column you need.

If you want to open the board in one click, add it to favorites. A link to the board will appear in the main menu, one click away. 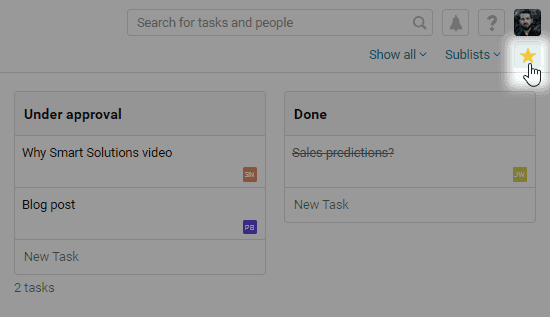 Your columns don’t necessarily have to be called “To do,” “Doing,” and “Done.” You can use your board for any workflow. For instance, you can break your campaign into stages like “Preparation,” “Implementation,” and “Lessons learned.” If you’re using the board for software development workflows, the stages can be “Development,” “Testing,” and “Deployment.”