Large organizations often use Microsoft Active Directory or Google G Suite to manage employee accounts on a company network. Pyrus works with both, and lets you easily manage the list of accounts synchronizing users with your identity provider.

This synchronization saves an administrator’s time, reduces the number of errors in creating new accounts, and enhances security by blocking access to former employees’ accounts across all systems.

The user automatically receives an invitation to Pyrus when a new account is created in Active Directory. 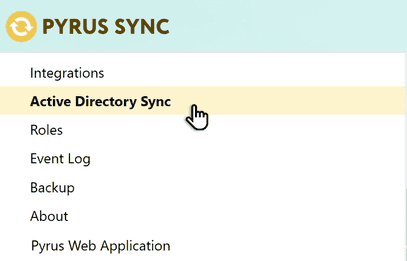 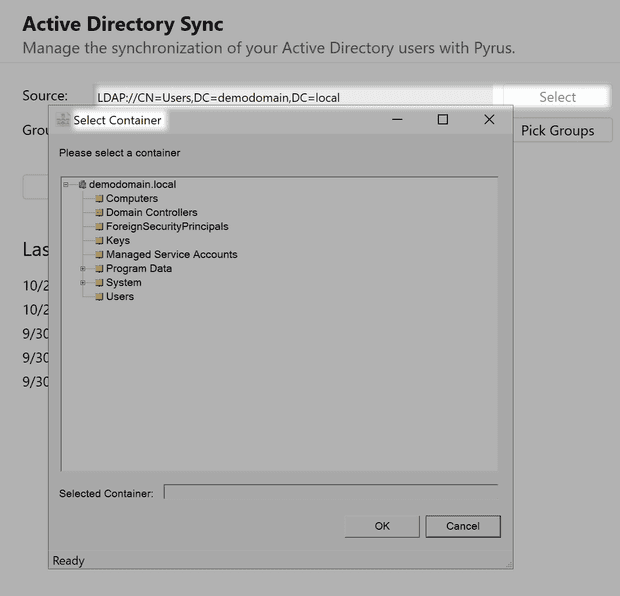 If necessary, select the group that includes users whose data you’re going to sync with Pyrus employees’ data.

For that press Pick Group button on field of choice.

In the window that opens, check the boxes next to the user’s groups to be sync. 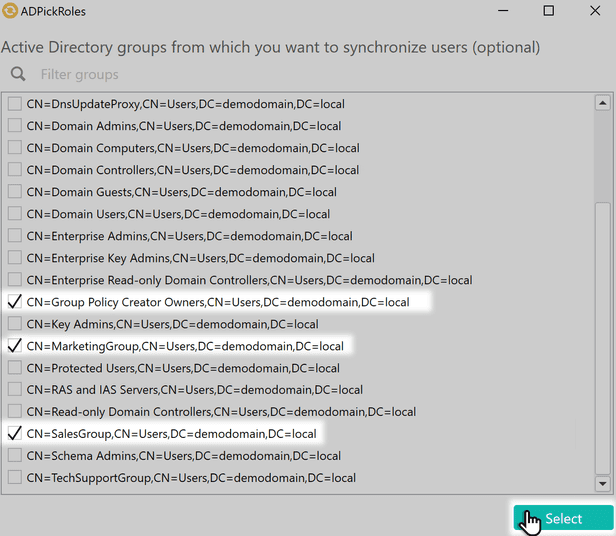 Pyrus Sync will prepare the accounts to be synced, and show you what user data will be transferred from the Active Directory to Pyrus. 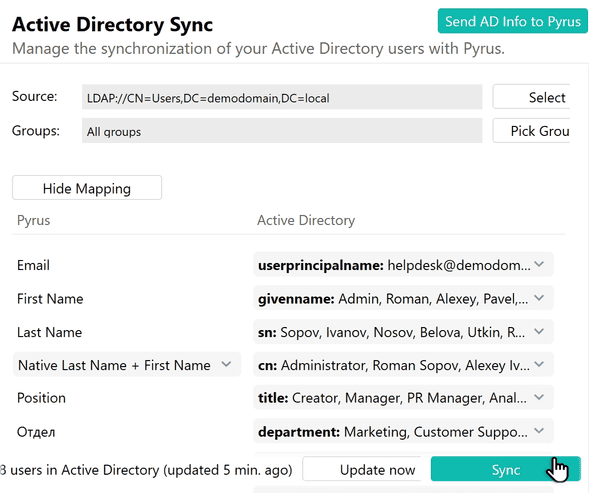 Note: Every two hours, Pyrus Sync tracks changes in Active Directory and prepares them for synchronization. If any changes should be sent immediately to Pyrus, click Update now before synchronizing.

Click Sync and the program will show the changes that it found. 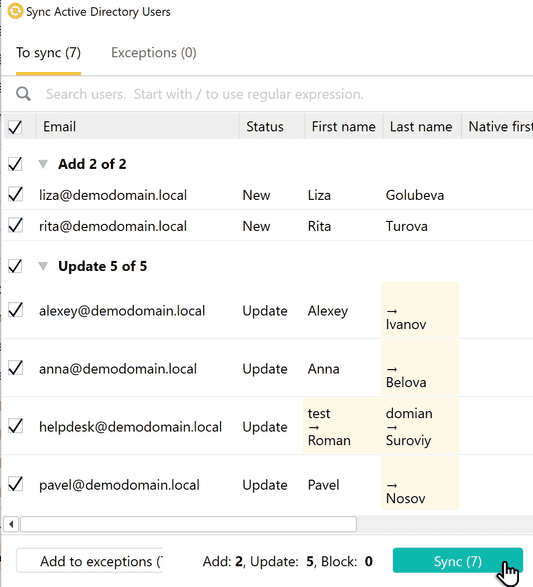 The status indicated in the Status column shows why some users will be added and why others will be updated or blocked.

Pyrus Tip: The list of updated elements may include hundreds of entries. For example, when a company goes international, employee names should be transliterated into English. To find the right person on a large list, use the Search users field. The search supports regular expressions. Let’s suppose titles of some user accounts start with a number. To quickly find them, enter ^[0-9] in the search box.

If you don’t want certain accounts to be synchronized in Pyrus, use one of two ways to exclude a user from the sync:

Not only individual users can sync with Pyrus, but also whole subdivisions of organizations. In the Active Directory they are called Groups.

In Pyrus, these groups are reflected as roles: when a new group such as MarketingGroup is created in the Active Directory, a new role appears in Pyrus after syncing. 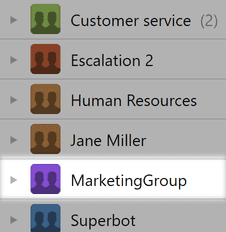 When users are added or deleted from the group, the personnel changes are reflected in Pyrus.

To set up group sync, launch Pyrus Sync and open the Roles section in left panel.

Select the group whose data will be synced with the Pyrus role data and hit Sync. 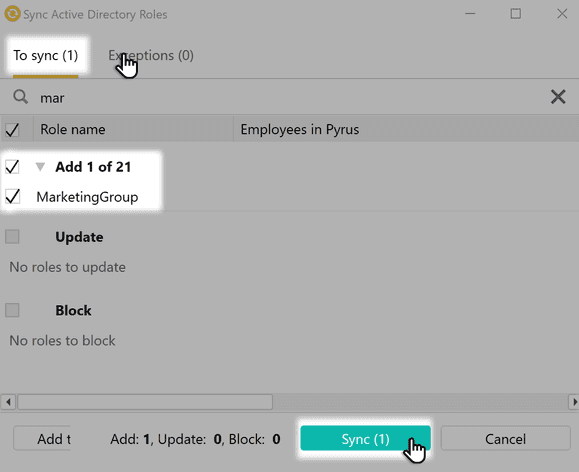 There are two ways to exclude a group from the sync: