Today's organizations use many types of software, including accounting, warehouse management, finance, ERP, and CRM systems. The Pyrus Sync app allows you to use the existing data from these programs in Pyrus forms. Moreover, these data will be automatically updated whenever you change the source.

Let's assume that your company sells real estate. You keep the records of real estate inventory in your CRM system and want to set up the electronic contract approval process. In this case, you need the Pyrus contract form to have a drop-down list with all the objects from the CRM system. Your employees will no longer have to re-enter information, and you will be able to quickly use any previously entered data, such as addresses, square footage, and other attributes. 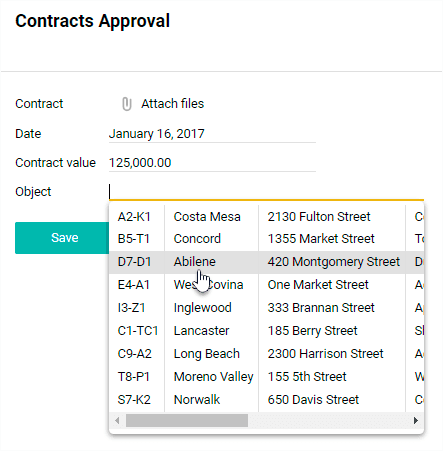 With Pyrus Sync, you will be able to keep the list of objects updated in Pyrus by synchronizing the app with your CRM system (even if your CRM system is just a regular Excel file). 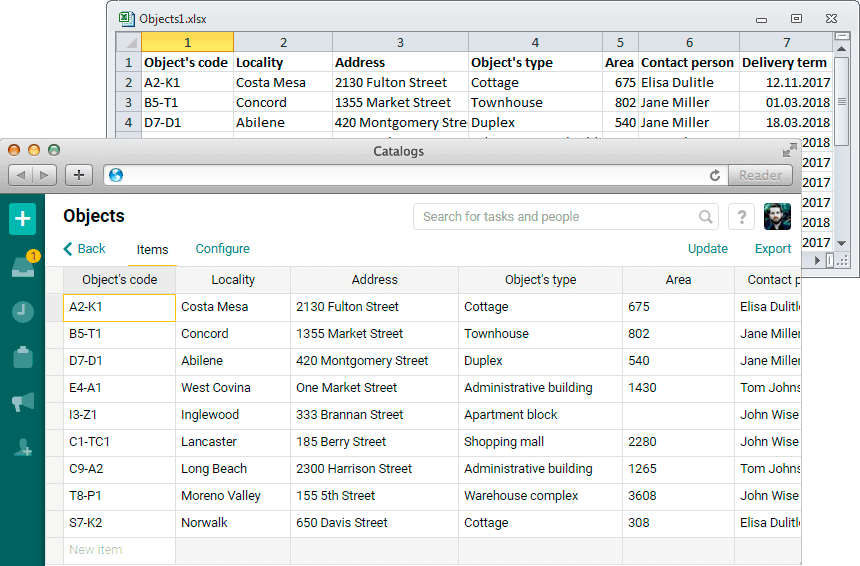 Pyrus Sync knows how to read data from:

Pyrus Sync checks the source every 10 seconds for any changes. When it locates new, updated, or deleted data, these changes are immediately applied to the Pyrus catalog.

To synchronize a Pyrus catalog with an Excel file, follow these steps:

Let's assume that we keep a list of objects in a Microsoft SQL Server database and want our Pyrus form to support direct object selection from the list. Follow these steps to set it up:

If the source data has changed (rows or columns were added or deleted), this will be reflected in the catalog.

For example, we can add the Status column to the source file. These changes will appear in the Pyrus catalog within 10 seconds. 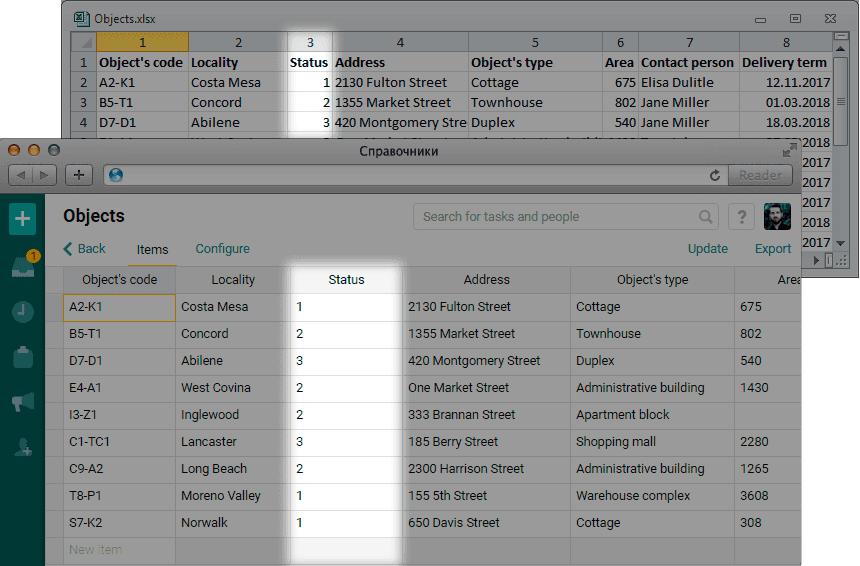 In Pyrus, you can always use the Catalogs section to see if your catalog is up-to-date. The Last Updated column displays when the catalog was last synchronized.

Sometimes you will need to temporarily disable synchronization. For example, you have started to restructure the source and realize that you cannot complete the work in one pass. To put the synchronization on pause, use the switch next to the catalog name.

You can resume synchronization at any time with the same switch. All changes that you made to the source during this period will appear in the Pyrus catalog.

Pyrus Sync monitors whether the synchronization is continuous, and reports situations that might prevent the exchange of data. Below, you will find a list with a description of potential issues and ways to address them.